Speak to an expert

Pune Mahanagar Parivahan Mahamandal Ltd (PMPML) is the largest public bus transport system in the city of Pune, India. It operates a number of depots which require large amounts of sustained quality electricity supply 24 hours a day, seven days a week and 365 days a year to power its water pumps, elevators, escalators, display boards, lighting and other essential operations. One of these is the Narveer Tanaji Wadi Depot in the city’s Shivajinagar suburb, which consumes 130-160 units of power per day.

In line with its mission to become a greener, more efficient and sustainable public provider, PMPML was seeking a solution that would cut carbon emissions, reduce the depot’s dependence on the grid, decrease its diesel and electricity consumption costs and improve its efficiency, all while providing sustained power.

The customer had already rolled out electric buses as part of its operations, so a greener bus depot was seen as the next step in the evolution of its transportation network and in supporting Pune’s ambitions to become a smart city.

With WiSH’s transformative and sustainable energy solution, PMPML was able to:

Thanks to WiSH’s solution, the customer has made significant progress towards achieving its sustainability ambitions, and demonstrated how a customised green energy solution can power an entire bus depot in a cleaner, more cost-effective way. Through its collaboration with PMPML and applying its renewables knowledge, WiSH has unlocked value and driven positive change not just for the Indian transport sector, but for the development of smarter and sustainable cities in India.

Have a similar project or want to discuss this case study? 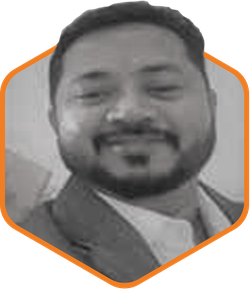